The all-new Uniden R8 is the newest addition to the industry’s most talked about line of radar detectors. Its dual antenna allows the Uniden R8 to detect threats from all 4 directions, with voice alerts for the direction of threat. It even shows the direction, band, and signal strength for each. Perfect just got better!

Uniden R8 is the newest addition to the industry’s most talked about family of radar detectors. Its dual antenna allows the R8 to detect threats from all 4 directions, with voice alerts for the direction of threat. It even shows the direction, band, and signal strength for each. Perfect just got better. What´s in the Box

Vortex (www.vortexradar.com)  as one of the best youtube bloggers for radar and detectors stuff was testing and reviewing the Uniden R7 vs. the brand new Valentine One Gen2.

Audio/Visual Alerts — The most common audio warning is a series of “beeps” or “braps” that grow faster as you near the radar source. Visible alarms can be either a digital display of signal strength or a series of LEDs. Many detectors now offer alphanumeric LEDs which can show you the type of band detected along with its strength.

Auto-Muting — Replaces a continuous audio alert with a single alert followed by clicking. This can preserve your sanity during extended radar encounters while continuing to notify you of the presence of radar.

City/Highway Switch (City/Highway Modes) — Helps eliminate false alarms from non-police X-band emissions encountered in urban areas, typically caused by automatic door openers at stores near the road. This is usually accomplished by reducing the detector’s sensitivity since the ability to “see” long distances is not critical on city streets. Some detectors feature multiple sensitivity settings for city driving.

Dim/Dark Mode — For keeping the detector inconspicuous while driving at night, this feature dims or eliminates illumination on alarms and controls.

GPS — Radar detectors with GPS technology don’t provide turn-by-turn navigation. Instead, they use GPS satellites to keep track of vehicle speed and provide warnings for when it exceeds a user-defined limit. They also allow the user to mark locations where there are known radar enforcement areas (“speed traps”), or where there are often false alerts, so the detector can either send a warning ahead of approaching those areas, or ignore the false alerts upon return visits.

Some detectors with GPS can also access a database of traffic and red-light cameras, so the detector can provide warnings when those cameras are imminent.

K-band radar waves have a relatively small wavelength. At the power level found in police radar guns, K-band has an effective clocking range of about 1/4 mile. Depending upon terrain (around a corner, over a hill, etc.), K-band waves can be detected from a range of 1/4 mile to 2 miles.

Ka-Band — 987 the FCC allocated a frequency on yet another band, Ka, for police radar use. Ka-Band incorporates Ka-Band, Ka Wide-Band, and Ka Super Wide-Band. With Ka came the introduction of photo radar (also known as “photo-cop”). The photo-cop system works at 34.3 GHz and combines a Ka-band radar gun with an automated camera (see Photo Radar below).

The FCC later expanded Ka-band radar use to a range of 34.2 to 35.2 GHz. This became known as Ka Wide-Band.

The introduction of the “stalker” radar gun raised the stakes in the detection game. Unlike all previous guns, the Stalker can be FCC licensed for any frequency in the Ka-band between 33.4 GHz to 36.0 GHz, and so cannot be picked up by detectors designed only for X, K, and photo radar. Stalker guns are being used in more than half the country.

Laser — Police laser uses laser light pulses rather than radar radio waves for speed detection. The laser speed gun has found its way into the hands of state and local police in at least half the country.

The advantages of a laser gun are compelling: the laser light beam is far narrower than a radar beam, allowing more accurate pinpointing of a specific vehicle; and the time needed for capturing a speed reading is less than half a second versus 2 to 3 seconds for radar.

The drawbacks are also important to note: laser guns are very expensive, they can’t be used from a moving vehicle or from behind glass, and accurate aiming requires a tripod or a very steady hand.

Despite initial claims that the energy from a laser gun is not detectable, it is. And as the laser beam moves away from the laser gun, it widens and becomes easier to detect. Vehicle speeds are typically measured at roughly 1,000 feet (1/5 mile); at that distance the laser beam is over 3 feet wide.

Photo Radar (Photo Cop) — The photo-cop combines a Ka-band radar gun with an automated camera. A vehicle approaching at or above a predetermined speed will trigger the camera. The photo shows the front of the vehicle, license plate, driver’s face, the date, location, and time. The unit can clock and photograph up to 200 vehicles per hour. Alleged speeders are not stopped. The film is processed and a ticket is mailed to the registered owner of the vehicle, ordering him or her to pay the fine or appear in court.

Photo cop’s effective range is 120-300 feet and it transmits a continuous signal, which is a plus for radar detectors. The distance at which it can be detected varies depending upon a detector’s Ka-band sensitivity. Better detectors can typically sniff out a photo-cop system 1/4 to 1/2 mile away.

Only a handful of cities use photo radar. Industry sources predicted widespread interest and expanded use, but that has not been the case. Legal controversies along with prohibitive expense have caused officials to stick with more traditional methods of speed detection.

POP Mode — In POP mode, can detect short burst from radars that are too fast for many other detectors to catch. You can turn POP mode on and off in the Menu system.

Pulse Radar — A refinement of the original K-band radar gun. Pulse radar can be used from a moving vehicle as well as from a stationary position. Pulse radar guns transmit a burst of energy every two seconds.

Selectivity — A detector’s ability to detect police radar while ignoring the presence of such devices as automatic garage door openers and microwaves, which may operate on closely neighboring frequencies. A good radar detector offers high selectivity as well as being highly sensitive.

Sensitivity — A detector’s ability to detect radar. Most radar detector manufacturers increase sensitivity as they add features and move up the product line.

“Stalker” Radar Gun — A hand-held, stationary radar gun that can be set to operate anywhere on the Ka-band between 33.4 and 36.0 GHz. Radar detectors must be able to scan a range of frequencies to detect it. These are referred to as Super Wide-Band Detectors — the latest generation of radar detectors specifically designed to pick up X, K, and the full range of Ka-band frequencies.

Superheterodyne — The term superheterodyne refers to a method of designing and building wireless communications or broadcast equipment, particularly radio receivers in which a locally generated frequency is combined with the carrier frequency to produce a supersonic signal that is demodulated and amplified. Sometimes a receiver employing this technology is called a “superheterodyne” or “superhet.”

Text Display — A text display spells out what form of speed detection you’re up against.

VG-2/Spectre Radar Detector Detection (RDD) — You can think of VG-2 as law enforcement striking back against radar detectors. VG-2 identifies vehicles with operating radar detectors, by seeking out emitted frequencies from the tuning oscillators of radar detectors. Fortunately, most detectors provide some form of protection against this technology. Detectors with VG-2 immunity are shielded from VG-2 without interrupting radar and laser protection. Other detectors simply emit a warning and shut down automatically when they sniff out VG-2 signals.

Spectre RDD sweeps a larger spectrum than VG-2 and also covers multiple bands, making it more difficult to elude. It is used primarily in areas where radar detectors are illegal, or to track detectors in commercial vehicles. Only a handful of detectors today claim to be completely invisible to both Spectre and VG-2 RDD.

X-Band — The first frequency band allocated for police radar: 10.5 – 10.55 GHz. Dating from the 1950s, X-band radar is the easiest to detect because of its lower frequency and higher power output. Depending on terrain, temperature and humidity, X-band radar can be detected from a distance of 2 to 4 miles, yet it can only take accurate readings of speed from a distance of 1/2 mile or less.

Unfortunately, police radar is not the only source of X-band signals. Garage door openers, microwave intrusion alarms, microwave towers, and other high-tech equipment can fool a radar detector into giving off an X-band alert. Filters and redundant sampling are used to combat this “falsing.”

There are no reviews yet.

Show only reviews in English (0)

Be the first to review “Uniden R8” Cancel reply 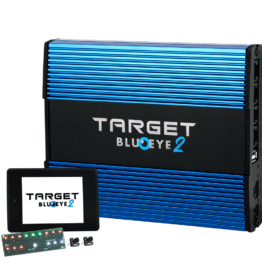 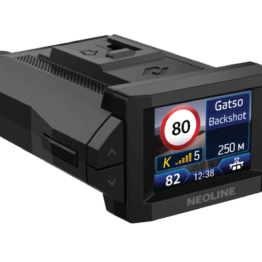 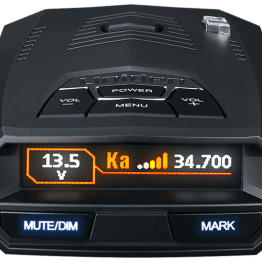 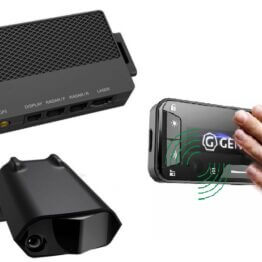 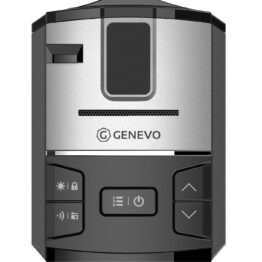 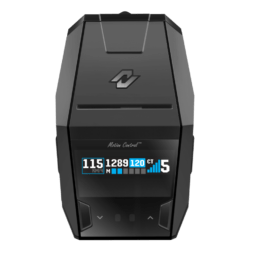 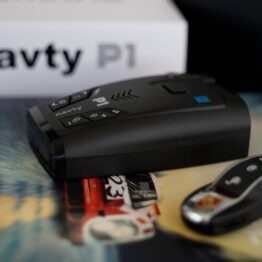 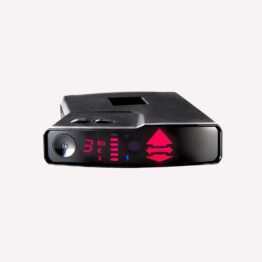 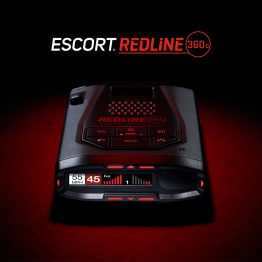